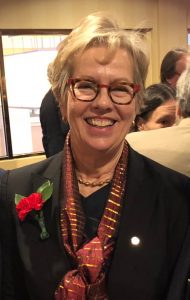 On November 16, 2018 CRS resident scholar and anthropology professor, Wenona Giles, was inducted as a Fellow into the Royal Society of Canada, one of the country’s highest academic honours. Professor Giles is an internationally recognized scholar whose prolific and original work focuses on issues of gender, nationalism, class, conflict, and related displacement and migration. She is author, co-author, and co-editor of many books, with one more on the way. Her titles include Maid in the Market: Women’s Paid Domestic Labour (1994), Development and Diaspora: Gender and the Refugee Experience (1996), Portuguese Women in Toronto: Gender, Immigration and Nationalism (2002), Feminists Under Fire: Exchanges Across War Zones (2003), Sites of Violence: Gender and Conflict Zones (2004), When Care Work Goes Global: Locating the Social Relations of Domestic Work (2014),  and Refugees in Extended Exile: Living on the Edge (2017).

Dr. Giles also initiated the Borderless Higher Education for Refugees (BHER) Project to bring university classes to the youth of Dadaab refugee camps and community in Kenya. Funded by CIDA (now called Global Affair Canada), she built a team of faculty, staff, and graduate students as well as partnerships with Kenyatta University and Windle Trust in Kenya to run BHER over the past five years.  Giles and her team have provided access to knowledge, opportunities to produce and disseminate knowledge for those who had none, in a pedagogically innovative, original, and remarkable way. She has successfully sought funding for this and other initiatives through foundations as well as government. See bher.org

Giles has been an active scholar and teacher at the Centre for Refugee Studies since the early 1990s when she founded the Gender Unit at CRS. She has served on dozens of graduate committees as both supervisor and member, and as a feminist has mentored many students. She is co-founder of the Women in Conflict Zone Network, built off of a network research grant exploring nationalism and gender in Sri Lanka and the Former Yugoslavia, a group of feminist scholars who are connected until this day. 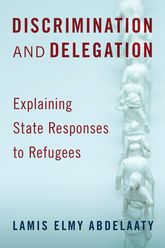