Abstract
The prevailing doctrine of state sovereignty under international law today is that it entails the right to exclude non-nationals, with only limited exceptions. Whatever the scope of these exceptions, so-called economic migrants—those whose movement is motivated primarily by a desire for a better life—are typically beyond them. Migration as Decolonization looks to the history and legacy of the European colonial project to challenge this conception of state sovereignty and its relationship to the right to exclude so-called economic migrants. It argues for a different theory of sovereignty that makes clear why, in fact, economic migrants of a certain kind have compelling claims to national admission and inclusion in countries that today unethically insist on a right to exclude them. European colonialism entailed the emigration of tens of millions of Europeans and the flow of natural and human resources across the globe, for the benefit of Europe and Europeans. This Article details how global interconnection and political subordination, initiated over the course of this history, generate a theory of sovereignty that obligates former colonial powers to open their borders to former colonial subjects. Insofar as certain forms of international migration today are responsive to political subordination rooted in colonial and neocolonial structures, a different conceptualization of such migration is necessary: one that treats economic migrants as political agents exercising equality rights when they engage in “decolonial” migration. 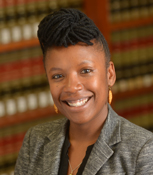 E. Tendayi Achiume is Professor of Law at UCLA School of Law, and Faculty Director of the UCLA Law Promise Institute for Human Rights. She is also a Research Associate with the African Centre for Migration and Society at the University of Witwatersrand. The current focus of her work is the global governance of racism and xenophobia; and the legal and ethical implications of colonialism for contemporary international migration. More generally, her research and teaching interests lie in international human rights law, international refugee law, international migration, and property.

In November 2017, the United Nations Human Rights Council appointed Professor Achiume the UN Special Rapporteur on Contemporary Forms of Racism, Racial Discrimination, Xenophobia and Related Intolerance, making her the first woman to serve in this role since its creation in 1993. In 2016, she was appointed to co-chair the 2016 Annual Meeting of the American Society of International Law (ASIL), and she is currently the co-chair of the ASIL Migration Law Interest Group. In 2018, she was named an Emerging Scholar by Diverse: Issues in Higher Education.

This event is co-sponsored by The Jack and Mae Nathanson Centre on Transnational Human Rights, Crime and Security